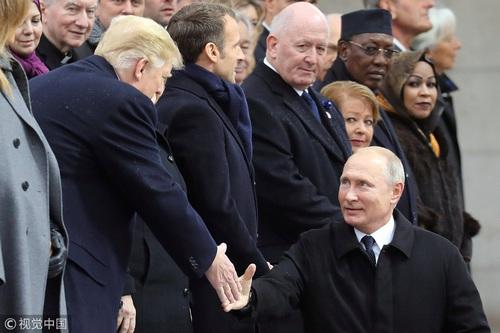 Overseas Network November 16th Last weekend, Russian President Putin and US President Trump participated in France The 100th anniversary of the end of the First World War in Paris. The two had a brief exchange, but did not talk about the arms control issues that they hoped to involve. Recently, when talking about the possible US-Russian leaders meeting during the G20 summit, Putin said that arms control will remain a key issue for the two sides to meet.

The Associated Press and the Russian Tass news agency reported that Putin said that one of the key issues in the US-Russian leaders’ meeting was to discuss the future direction of the New Strategic Arms Reduction Treaty and the China-Treaty Treaty. The problem will also be the focus.

“ Obviously, one of the key issues (to be discussed) is strategic stability. “Putin explained that “we should understand what is going on with the New Strategic Arms Reduction Treaty and the Intermediate Treaty and how it will develop in the future.” ”